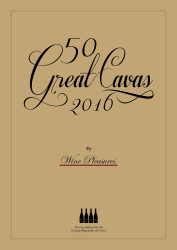 Wine Pleasures has published the results for its annual wine competition 50 Great Cavas. 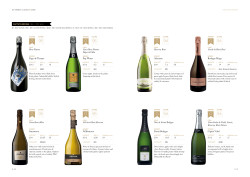 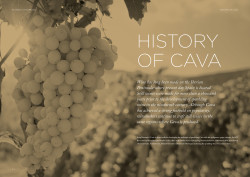 The 2016 edition of 50 Great Cavas takes the form of a 154 page full colour collectable book and contains all the Gold and Silver medal winners with photos and tasting notes for each. The book also covers the history of Cava, outlines how Cava is made, clarifies the different Cava styles, spotlights successful regions and recognizes outstanding producers. A two page article on all of the participating wineries covering family history, winery philosophy, grape varieties, location and wine tourism options can also be found in the magazine. 50 Great Cavas 2016 – The Book is available to purchase for just €12,95 inc p&p and is a useful resource for both the trade and the end wine consumer/wine traveller. 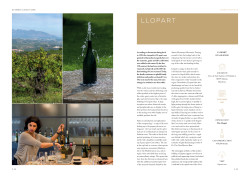 Many wine consumers never ever get to taste any or all of the 50 Great Cavas, as many wine importers and distributors are not taking notice of the fact that Cava is shouldering with the preeminent sparkling wine producing regions such as Champagne and Franciacorta. Thanks to a synergy with online wine retailers, Decántalo bubble fans can benefit from the luxury of having any or all of the 50 Great Cavas delivered at home or at work. 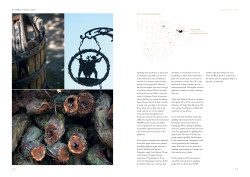 50 Great Cavas will be heavily featured at the International Wine Tourism Conference, Exhibition and Workshop #IWINETC  www.iwinetc.com  where conference delegates will be able to taste most of the 50 Greats and even get to visit a few of them. Agustí Torelló Mata, Cava Varias, Codorníu and Vallformosa have already confirmed visits to their wineries within the IWINETC programme.

50 Great Cavas 2016 – The Book was produced with the collaboration of the Consejo Regulador del Cava.