Great Sparkling Wine by the Sea from Les Caves Richemer

The story of Les Caves Richemer begins in France in the year 1998.  This is the year that the cooperative wineries of D’Adge and Marsaillen were married, bringing 450 winemakers together and giving birth to what would soon become numerous wine ranges of outstanding quality.  The name Les Caves Richemer comes from Henri Richet, a legendary local winemaker who became very wealthy from sea borne wine trader, especially vermouth.  The cooperative adopted the name Henri de Richemer, and working together they began to thrive and create exceptional wines. 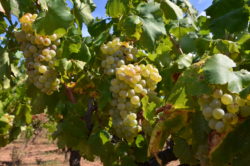 Each year, at the end of the summer, hoppers loaded with grapes sit side by side the numerous boats docked at Marsaillen.  This is because the wine cellar of Henri de Richemer is in the very heart of the city, on the port!  The wines are sold very close to where they are produced, in the three wine shops of Les Caves Richemer, those in Marsaillen-Ville, Marsaillen-Plage (the beach of Marsaillen) and D’Adge.

Les Caves Richemer wines are separated into five special ranges and produce a total of 300,000 bottles of wine per year, all made from grapes grown in the regions of Hérault, Côtes de Thau and from the Pays d’Oc

The 450 winegrowers of this cooperative have a combined 1,500 hectares of vineyards.  In their unique location between land and sea, the vineyards of Les Caves Richemer create exceptionally bright white, rose and sparkling wines.  This is partly because of the soil in the Mediterranean waterfront, which is mainly composed of tertiary sediments (clay and sand) and quaternary (gravel) which are particularly conducive to growing grapes with delicate and complex flavours. 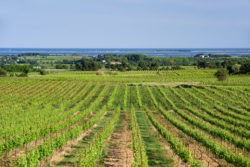 The climate of this area is heavily influenced by the vineyards’ proximity to the second largest lake in France, the Etang de Thau.  This is the largest in a string of lagoons in France that stretches from the Rhône River to the foothills of the Pyrenees, and lends a specific moisture and freshness imperative for creating beautifully subtle and delicate wines.

Their ranges include wines made from traditional single grape varieties such as Chardonnay, Viognier and Cabernet Sauvignon.  Their iconic range of cuvées, the Terre & Mer, focuses on vins de pays made with local varieties of grapes.  These are Terret for whites, Marselan and Syrah for rosés and reds, and both noir and blanc Piquepol.  Only the oldest wines are used for this range, which is the special of Les Caves Richemer. These are very special grapes and the wines that the cooperative of Les Caves  Richemer have created with them are truly outstanding. 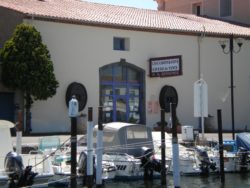 The doors of the cellar of Henri de Richemer face the beautiful port, and surely have had a hand in perpetuating the traditions of the first port on the Thau, as well as promoting the rich architectural and urban heritage of the waterfront.