Hvino.com, Georgia’s business news and information portal specializing in wine industry and tourism, has recently started the first online Georgian Wine Catalogue. The Wine Catalogue is a buying guide targetiing an international audience interested in Georgian products and provides independent rating of Georgian wines.  Currently the Catalogue lists all the Georgian wines, which either have won gold medals at the world’s largest international contests, or have been rated by leading international wine rating institutions.

Since February 1 the Georgian Wine Catalogue has been open for winemakers, who started to submit their products to the database. Leading wine producers Chateau Mukhrani, Georgian Wine and Spirits (GWS), Kakhetian Traditional Winemaking, Tbilvino became the first companies to officially provide product information to the first online Catalogue. Total number of Georgian wine producers whose products are listed in Catalogue so far is 21.

On April 1 the Catalogue was officially opened to general public and coincided with the the 6th annual International Wine Tourism Conference held in Georgia #iwinetc  “The keyword of Hvino’s Catalogue is independent rating”, – said Inge Olsson, project manager at Hvino. 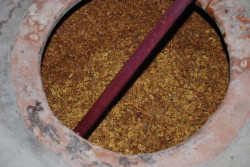 “All the wines which are listed in our Catalogue have been rated independently, by the world’s most prestigious sources. That’s what makes our project unique – instead of commercial descriptions; we provide simple and easy-to-read independent rating score for each wine. Hvino’s rating system is similar to international, which makes it easy to understand to users worldwide. The interface can be used in English or Russian, making the Catalogue convenient for Georgian wine fans from former Soviet republics as well as USA, EU, China and other countries. 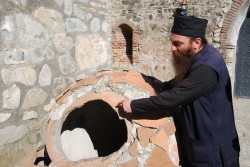 Currently the Catalogue lists all Georgian wines, which either have won gold medals at international contests, or have been rated by leading international wine rating institutions including “Wine Enthusiast” and others.

Georgian Wine Catalogue’s slogan is “Place for the Best”, as all represented wines are winners of the largest contests, or were submitted to the leading wine ratings. “However, we do not want to become an elitist platform. In fact, any Georgian wine may be listed with us”, said Inge. If the product does not have independent rating, it may be published with producer’s own description. “But all such descriptions are marked as “commercial”, to clearly distinguish from independent information”.

All company’s information is published on commercial basis, which helps to keep the free services running.  The listing fees for winemakers, however, have been set to lowest level, to allow even the smallest producers and individuals to add their products to the database.

The Catalogue can be used actually while standing by the wine shelf, from any mobile device. It helps to select the best wine in preferred price range. The Catalogue is especially useful when the shop’s staff is less knowledgeable about Georgian products.

Last but not the least, the Catalogue has free online “Search Box” which may be placed on any website. This useful tool is available in many designs and fully customizable. The Search Box may enhance any web resource related to Georgia or to wine.

Hvino.com has been active in Georgia for 2 years, since April 2012. Among other projects, it runs the daily English news on Georgian wine business Hvino News and, at the initiative of Georgia’s National Wine Agency, the Russian-language news service Hvino-Novosti.