Does music influence your wine buying? 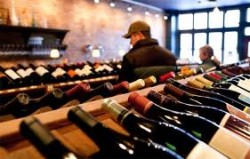 We have all moaned about it in the supermarkets, that loud and aggravating music piping throughout the supermarkets, but did you ever stop to ask whether it has any effects on your buying patterns?  Three academics, North, Hargreaves and McKendrick (1997) created an experiment in which they played stereotypical German and French music along with the corresponding country´s wine in a more prominent display shelf.  Subsequently sales of each country´s wines increased dramatically.  Furthermore, when the authors interviewed the consumers after they had bought the wine, the majority of customers did not notice that the music could have influenced their buying decisions.

It would appear then that music does have a degree of influencing control on your buying patterns.  The next time your shopping and the store is nearly ready to close, notice the tempo of the music.  Supermarkets like to speed up the tempo of the music ever so slightly to help encourage you to shop faster.  The same works if you slow down the tempo of the music, consumers often spend more time looking at the products they buy because they feel they have more time to shop.

So what connection does this have to wine you might be asking?  Well the key for wineries or wine shops to increase your spending is all about creating a ´relaxed´ and happy mood for consumers to shop.  After all, when you´re happier, you tend to spend more money.  Yalch and Spangenberg (1990) conducted consumer experiments throughout wine stores across the U.S. and found when classical music was played compared to recent chart music, consumers consistently spend more.  The classical music creates a relaxed and more luxurious atmosphere and as a result the consumer felt, unknowingly, more obliged to trade up and spend more money.

So the next time you are in a winery or a wine store and they´re playing music, just stop for a moment and think to yourself why are they playing it.  It could well be to create a sophisticated atmosphere for you to relax in, or could well be to help increase your spending within the store.

Any opinions on this?