After 300 harvests, Mas Codina go back to organic roots

Up in the Alt Penedès, watched over by the impressive peak of Montserrat, Mas Codina is a small organic family winery, which maintains very much of a local and traditional feel, growing 40 hectares of red and white grapes. A lazy Saturday morning provided the perfect excuse to pay a little visit to learn about their personal process and sample some of the fruits of their labours.

The house was constructed back in 1681, with grape cultivation beginning some time after that (records are a little patchy so far back in the mists of time!). When wine production first began, it was originally stored in barrels and sold to other wineries in that format, along with harvested grapes ready for processing, but in 1985 the family began bottling their own wine. The business has grown from there, still today growing all of their own vines, and selling some of their grapes on to other wine producers. 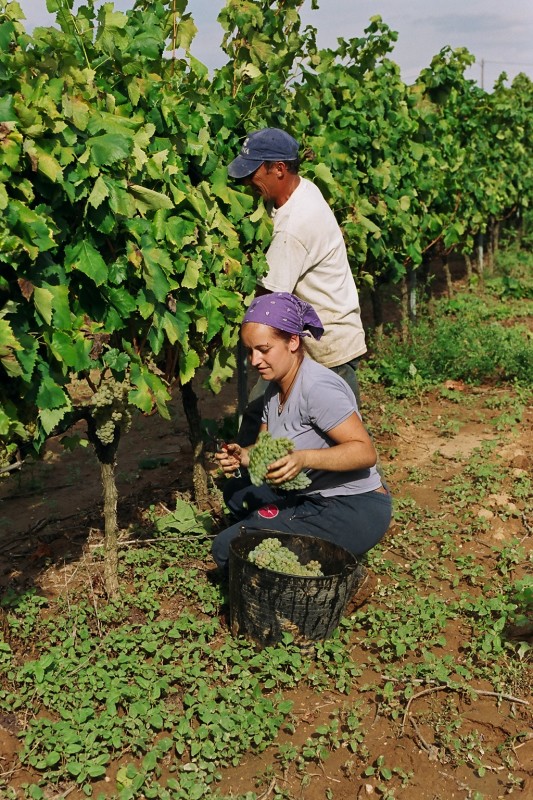 Many of their vines are still in the traditional style of freestanding bushes, making the most of the available space, slowly being replaced by the system of row support wires now more widely seen around the world. The different varieties are planted in differing directions to make the most of the sunlight. While around 10% of the crop is harvested by machine in the cooler night-times in August, the rest is all lovingly harvested by hand slightly later in the year as the other varieties ripen, and more helping hands are available assist with the picking.

Seeking to be kinder to the environment, and also following the increasingly popular trend, Mas Codina was certified as an organic producer in 2017, after the required three years’ conversion period. Today, they use no chemicals on their grapes, only certain minerals such as copper and sulphur to help in natural prevention of crop diseases. In place of harmful insecticides, natural hormones are used to discourage moths from destroying the grapes. Old, gnarly olive trees provide a rustic border to the vineyards, and are also used for the production of organic olive oil. 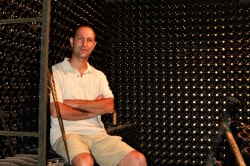 The cellar keeps the bottles cool to allow the Cavas to age and create their complexity, with climate control if needed to maintain exactly the right temperature during the hot summers’ days. The pressing and storage machines are glistening and modern, to maximise the efficiency of production, but as the winery’s unwritten motto says, the quality of the product is down to the grapes and the traditional know how that goes into their growing and cultivation through the year. Good grapes mean a good final product; the machines simply facilitate the process.

The grapes are separated from the twigs, cooled to around 15° to protect the aroma and avoid oxidation, and pressed. Like many grape growers, Mas Codina keep only the finest grapes and the first pressing for themselves, selling off any excess and further pressings to other wineries. Of the wine produced, 70% is cava, and the rest is still wine, both red and white. Roughly 65% is exported, 25% being consumed in the local Catalan region, and 10% being consumed elsewhere in Spain – it seems the rest of Spain has not yet discovered the deliciousness within.

As any good winery visit should, ours ended with a tasting.  Seated around a small round table, the anticipation was palpable – having featured several times previously in the annual 50 Great Cavas competition, it was little surprise that the Cava we tried was delicious, and it was just a shame there was not the chance to try more – rumour has it that the Mas Codina Brut Rosé is especially tasty!